The Scent of God Now Available in a New Edition 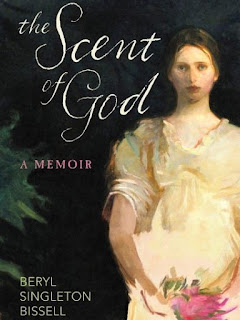 Originally published by Counterpoint NY in 2006 (hard cover) and in 2007(paper), Beryl Singleton Bissell’s memoir The Scent of God has just returned to print in a newly designed and revised edition.


Bissell was a teenager, when a powerful religious experience led her into a cloister in pursuit of divine, unconditional love.

Fifteen years later, her abbess sends her home to Puerto Rico to care for her ailing parents.  While there, she meets and falls in love with Padre Vittorio, a handsome Italian priest/professor at the University of Puerto Rico.

Moving from cloister to tropical island to romantic Italy, the story traverses a landscape of laughter, rage, and tears as Bissell learns that human longing is a but a prelude to life’s most perplexing questions.
Purchase the Scent of God

In 2006, the Minneapolis Star Tribune named Beryl a Best of 2006 Minnesota Authors for her first book: The Scent of God: A Memoir (Counterpoint 2006, 2007), and a "Notable" Book Sense selection for April 2006. Her second book, A View of the Lake, (Lake Superior Port Cities Inc. 2011) was named a Best Regional Book for 2011 by the Minneapolis Star Tribune. Meanwhile Beryl is working on her third book, "The Glass Calyx: A Mother's Story" which picks up where The Scent of God leaves off and limns the years leading to her daughter's unresolved violent death at the age of 24 and its aftermath.