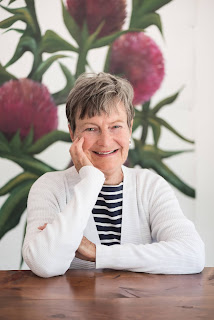 I wanted to create a presence of some sort on this very popular blogspot site.

I am a columnist for the Cook County News Herald and a frequent contributor to various regional magazines. My memoir, The Scent of God, was published in hardcover by Counterpoint NY in 2006 and in paperback this April of 2007. The book is basically a love story--love for God and love for a man of God -- and how by opening myself to both I became the woman I am today. It tells of the search for God that led me into a cloistered monastery at the age of 18 and the unraveling of that vocation 15 years later in Puerto Rico when I fell in love with a priest. The book takes the reader from a New Jersey cloister to Puerto Rico to Italy as faith and love collide in a story of love, death, guilt and redemption.

The Star Tribune named me a "Best of 2006 Authors," and The Scent of God was a “Notable” Book Sense selection for April 2006 and has been nominated by Booksellers for a Booksellers Book Award.

My Journey to Publication and Life Thereafter blog is just that -- how an older woman found an agent who loved her manuscript so much that she sold it to a New York publisher in less than a week.

I hope you will come visit me at one or the other--or even better, both of the above blogs.